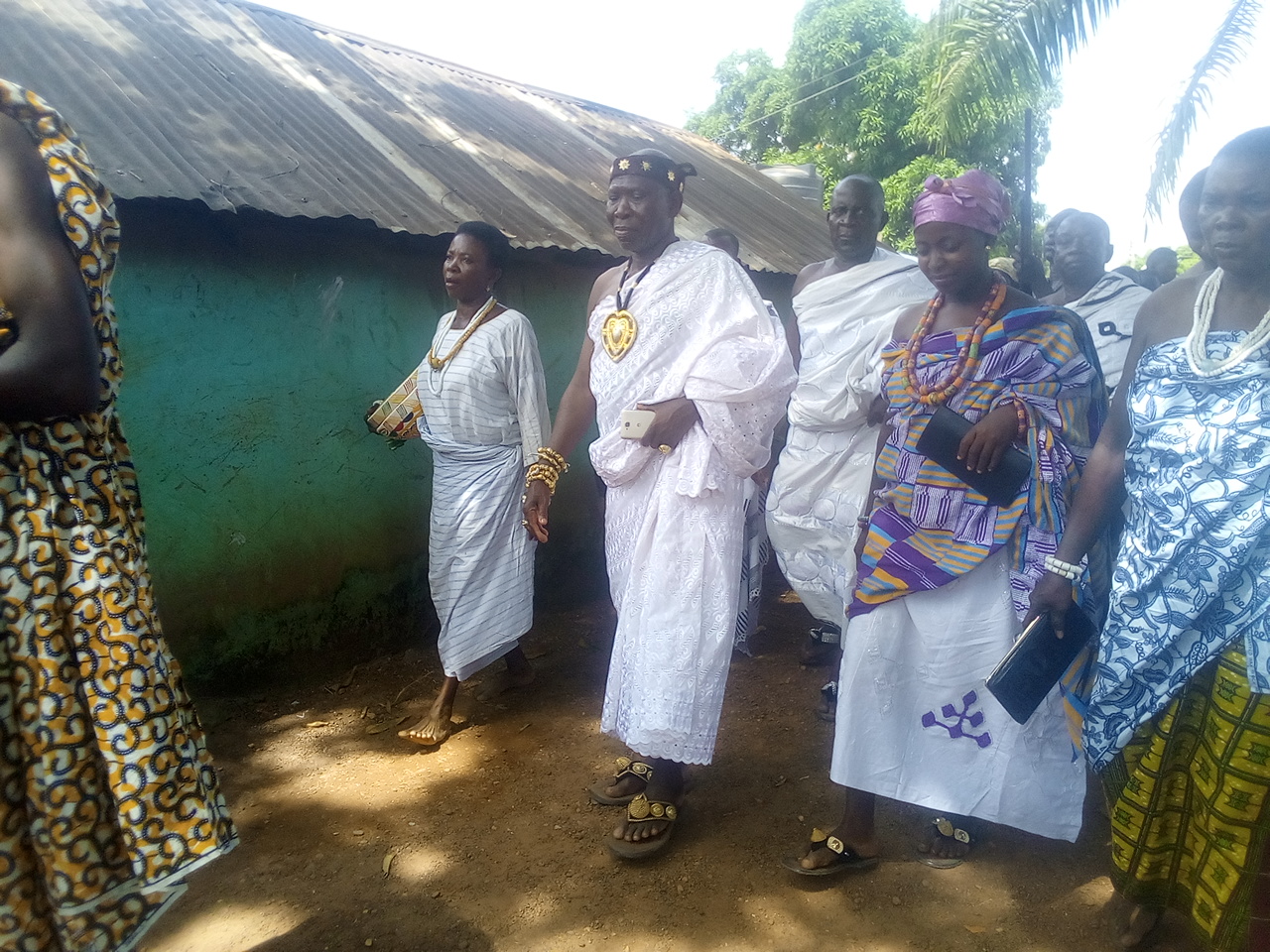 Chonki yam festival is an annual festival celebrated by the people of Nchumuru in Krachi Nchumuru district of the Volta region.
It is celebrated in November annually to celebrate the cultivation of yam that was started in 2002 by Dasebre Kwame Bonja (ii), of chonki Traditional area.
Yam is called “kujo” in Nchumuru language.

In an interview with Communitywatchdoggh Mr Gyimawu Alex secretary of chonki said, they are very excited about this years festival.

The festival was characterised by drumming, dancing of “Kpakpangkya” meaning warriors and singing of rich cultural songs.
Mr Alex said , Chonki yam festival draws people from all across Ghana to take in some weekend full of good .

Revealing why Nchumuru choose to celebrate yam festival he said , it dignified the ownership of the land.

The festival committee is also in contact with a very special guest that is well known throughout in the Volta region will be named in later release once details are finalized .

Daasebre Kwame Bonja the second, Owure (Paramount Chief) of the Chonke Traditional Area in the krachi Nchumburu District in the Volta region has said the festival serves as a platform for reviving the cultural and traditional bonding and values, as well as harmonises the area’s resources for socio-economic development.
The chonki yam festival will start today and end Sunday.