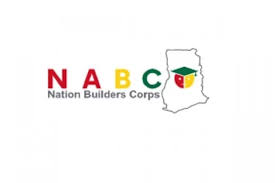 The family of one Saeed Musah Kabore, a NABCO beneficiary under the Educate Ghana Module in the Afigya Kwabre South District of the Ashanti region who was arrested by some officers of the regional highway patrol team yesterday for filming a brutality on a truck driver and his mate is demanding his release.

The five member patrol team demanded a bribe of GHS 600 before his release after quoting GHS 3000 and GHS 2000, which the victim could not readily provide.

The police officers insisted until the amount of GHS 600 was sent to the mobile money account of one of them, the victim would not be let free; saying the amount was a figure quoted by their superiors for his release.

The telephone number, 0550706100, registered in the name of one Haruna Alaale was given to the victim so that his relatives would send the bribe to it.

At the time of filing this story, the victim was still in the custody of the police.
Brother of the victim, Abass Mohammed who has been demanding justice for the young man has been speaking with angel news.

The Ashanti Regional Police Command is yet to comment on the matter though calls have been made to the regional commander, DCOP Mensah Duku and the Afigya Kwabre South Police Commander ASP Stephen Ofori Akrasi.