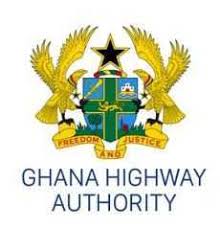 Hugely blaming High Way Authorities for rampant road accidents in Ghana is the view of Chief Abdulai Mohammed, the Salki Zongo of Mpasatia in the Ashanti Region.

According to Chief Abdulai, High Way Authorities should think about the precious lives of innocent passengers after collecting money from toll booths.

He said they should use such monies to repair pot holes on our roads.

According to him, even though drivers should be blamed for accidents but huge portion of such blames should go to the High Way Authorities because of their careless action on our deplorable roads.

He therefore pleaded with them to sit up and be responsible.

To drivers, the Mpasatia Zongo Chief said they should check and repair all their cars and desist from the “I’m going to poor them and return in a giffy” behaviour.

He said such acts don’t make any sense as on the part of a driver since human beings are not sand.

He also urged GPRTU officials to put up their frantic efforts in making sure drivers and passengers are safe.

Finally, the Mpasatia Zongo said MTTU should also do all noop checks on the roads and see to it that drivers who flaunt road regulations are penalised to serve as deterrent to others.