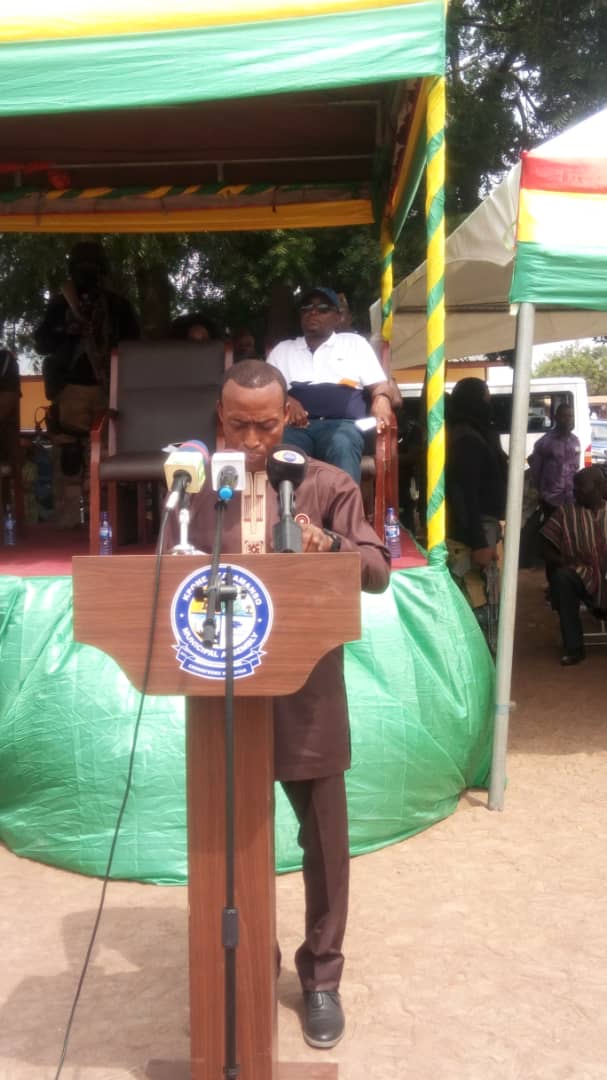 The Kpone Katamanso Municipal Assembly(KKMA) in the greater Accra region has celebrated 34th Farmers Day to honour gallant farmers and fisher folks at Appolonia in the municipality.

The theme for this year’s celebration was “Agriculture: Moving Ghana beyond aid”. The celebration was instituted in 1985 to honour and celebrate gallant farmers across the country.

The MCE for Kpone Katamanso Municipal Assembly(KKMA), Hon Solomon Tetteh Appiah extended his gratitude to all Farmers in the country for feeding us every day.

Hon Solomon Appiah stated that, Agriculture is the mainstay of the economy and plays a very vital role in the lives of Ghanaians.

According to him, it is this reason that the NPP Government under the leadership of H.E Nana Addo Danquah Akufo Addo seeing the role Agriculture plays in the economy formulated and launched flagship policies like Planting for Food and Jobs and One Village One Dam to boost food production and whip up interest for the youth to go into agriculture.

He confirmed that, Government is in the process of construction 570 dams in the three Northern regions and invest close to 1 billion dollars in the road infrastructure under the Sinohydro intervention next year.

The MCE again said, the government is initiating the construction of over 50 warehouses under the Ghana National Buffer Stock Company to enhance the storage of agriculture produce.

He received a motor tricycle, bicycle, a cocoa powder, agro chemicals, a weed sprayer, wellington boots and pieces of cutlass. The rest of the farmers also received similar items.

Mr Awuku Adu therefore advised the youth to be involved themselves into farming because there are a lot of money in the agriculture sector.